From Rock to Blues to Gospel . . . Marilyn's Got Soul!

Marilyn Kington has performed as a feature vocalist in the Louisville area for many years.﻿ As a performer, Marilyn runs the gamut from rock 'n' roll to jazz to blues to funk to gospel, and everything in between! 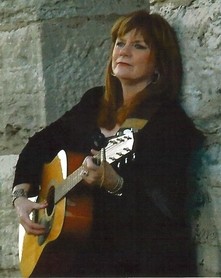 Marilyn has been with several groups including Quickdraw, Catch, Major Minor, Fanatics and her present band Toulouse.﻿ Marilyn and Toulouse have performed at several venues in the Metro-Louisville area, including the Smokin' on the River Festival﻿ in Jeffersonville and the Booty Shakin’ Blues Festival at the New Albany Riverfront Ampitheater﻿. Marilyn has backed up several nationally known musicians, including at the annual Barnstable-Brown Gala before the Kentucky Derby. Marilyn also loves to sing gospel music at churches and church events.

Book Marilyn for an event.